Venmo and P2P Payments: The Impetus for Gift Ticket | The Gift Ticket

Venmo and P2P Payments: The Impetus for Gift Ticket

When technologies evolve, there’s always a slew of products which evolve right along with it. Peer-to-peer payment tools like Venmo may be unknown to most folks over 35, but such tools are the new norm for an entire new generation of millennials. That generation, by the way, is now the largest living generation in the US - overtaking the baby-boomers. As P2P has become a societal norm, we can start coming up with clever uses for it.

You’d think that something as simple as giving money from one person to another would have been solved eons ago. PayPal built its massive infrastructure geared towards merchants accepting payments online, their money-maker has always been transaction charges and helping merchants adhere to local tax and legal regulations. Free person-to-person payments had been around for awhile, but PayPal was incentivized to bury that functionality deep in its interface to dissuade fee-less transactions. 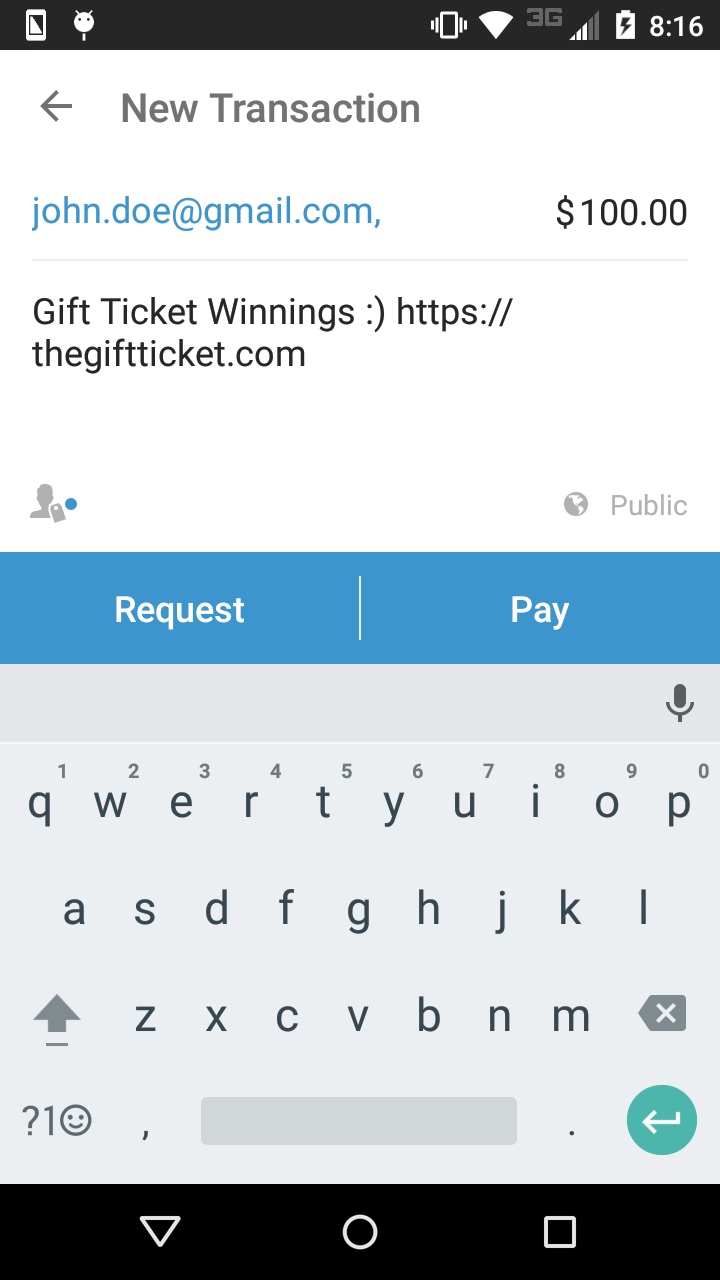 While Venmo may not have had a plan to monetize its service, they were able to scoop up market share quickly by evolving payments to current societal trends. As text-messaging became a trustworthy medium that rose above the noise of email, Venmo took advantage of that to launch its P2P payments service. As smartphones and social media feeds became the norm, they took advantage of those too. Their rapid-growing user base did not go unnoticed - they’ve been acquired twice: once by Braintree, and then again by payments behemoth PayPal. In the first quarter of 2016, Venmo moved over 3.2 billion US dollars - 154% YoY growth. (see PayPal press reports)

Most millennials are well-informed on the germ-carrying nature of cash and have no idea what to do with checks and so are left with their various competing digital payments methods - Apple Pay, Google Wallet, Square Cash, and, of course, Venmo.

Those us of us who grew up getting a greeting card with cash from an uncle or a check from grandma have given up on such archaic means of giving money and have now resorted to the ever-popular gift cards found just about everywhere. Only 1 in 5 gift cards is actually redeemed and secondary-markets are buying them for 60-70% of their face value.

Do you want to be wasteful? No? Neither do we. That’s why we made the Gift Ticket - a fake lottery ticket built on P2P payments that doesn’t waste money...and is a FUN GIFT.